Queer liberation and socialism: learning from the stories of a movement 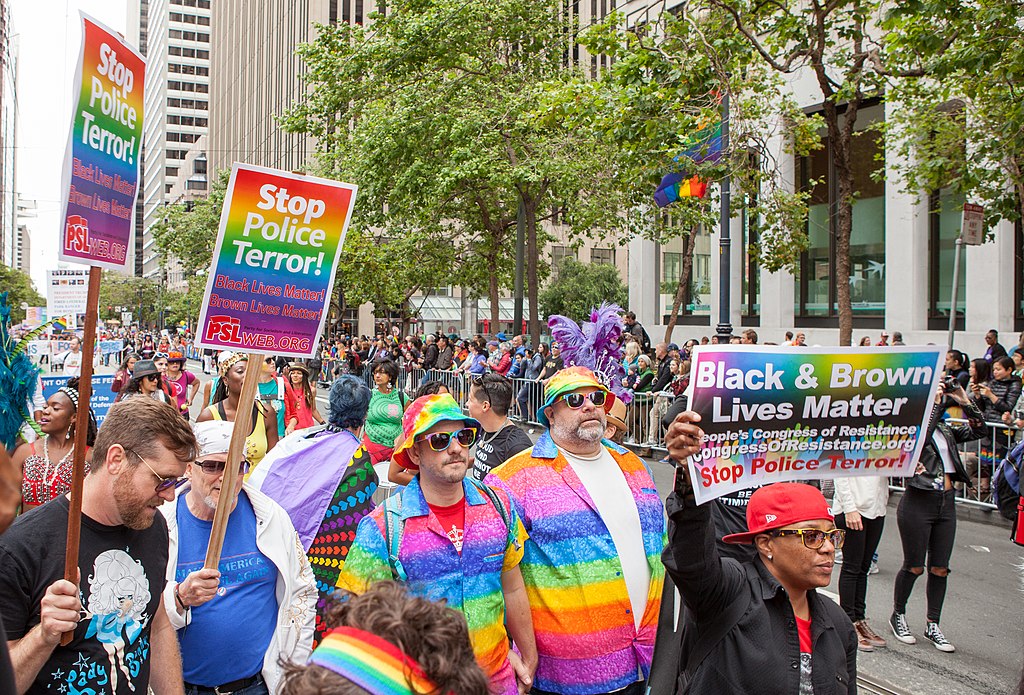 Dana Cloud writes about the history of queer liberation struggle in the United States, its socialist origins, and lessons for today’s queer politics. Marchers in the Resistance contingent of the 2017 San Francisco Pride Parade. Photo: Pax Ahimsa Gethen, Wikimedia Commons. Licence: Creative Commons LGBTQ rights and liberation have only ever been won through struggle. […] 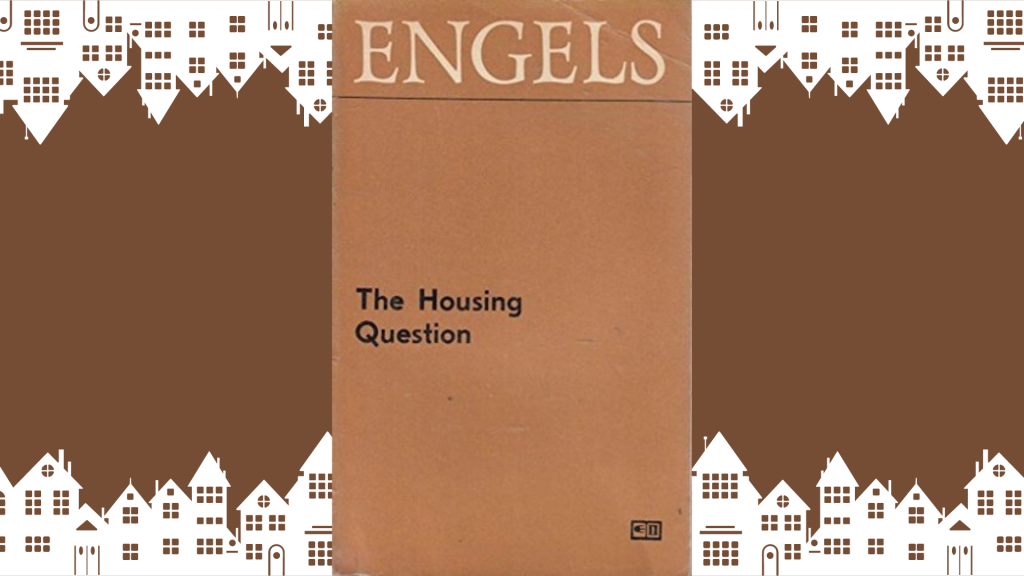 26 June 2022 marks 150 years since Engels wrote the first article of The Housing Question. Gus Woody reflects on the importance of this pamphlet today and how socialists can build on it around housing struggle. In 1842, a young man arrived in Manchester, the centre of England’s textile industry. He was sent there to […]

By-elections weaken Johnson – pay strikes can kick him out 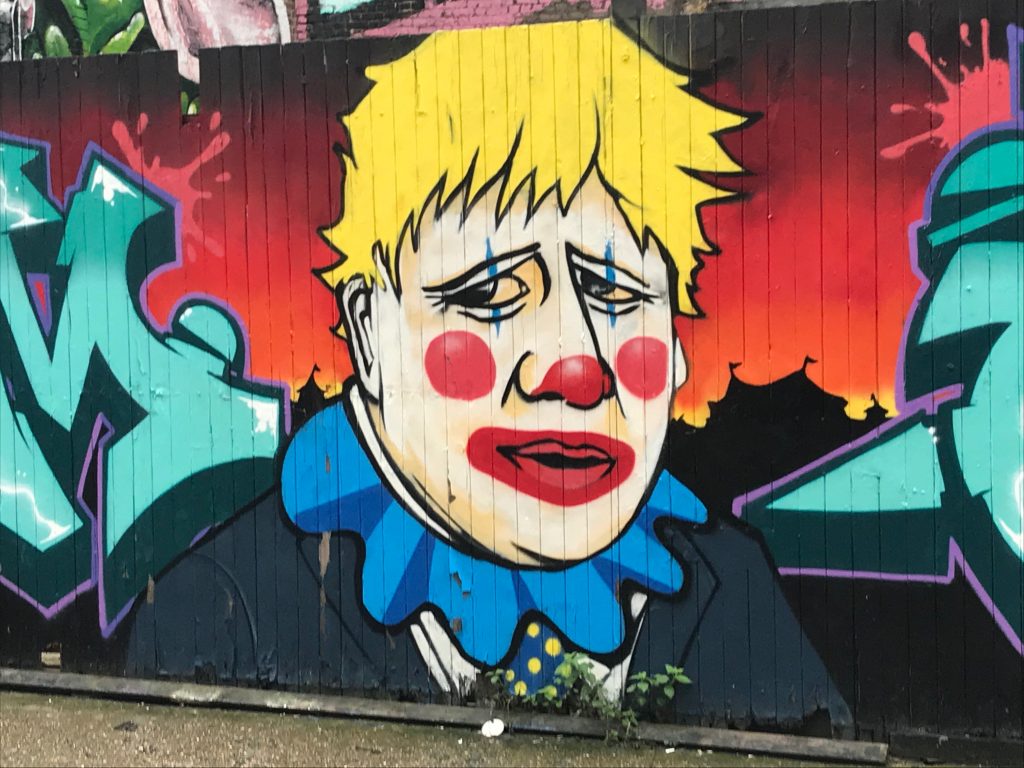 Two by-election losses are the latest disaster for Johnson’s failing premiership, comments Rachel Eborall. Photo: Wikimedia Commons, Creative Commons 2.0 Boris Johnson has faced another brutal blow to his authority after the Conservatives lost both the Wakefield and the Tiverton and Honiton by elections on Thursday night. Labour regained Wakefield, whilst the Liberal Democrats overturned […]

A breakthrough for the French left? 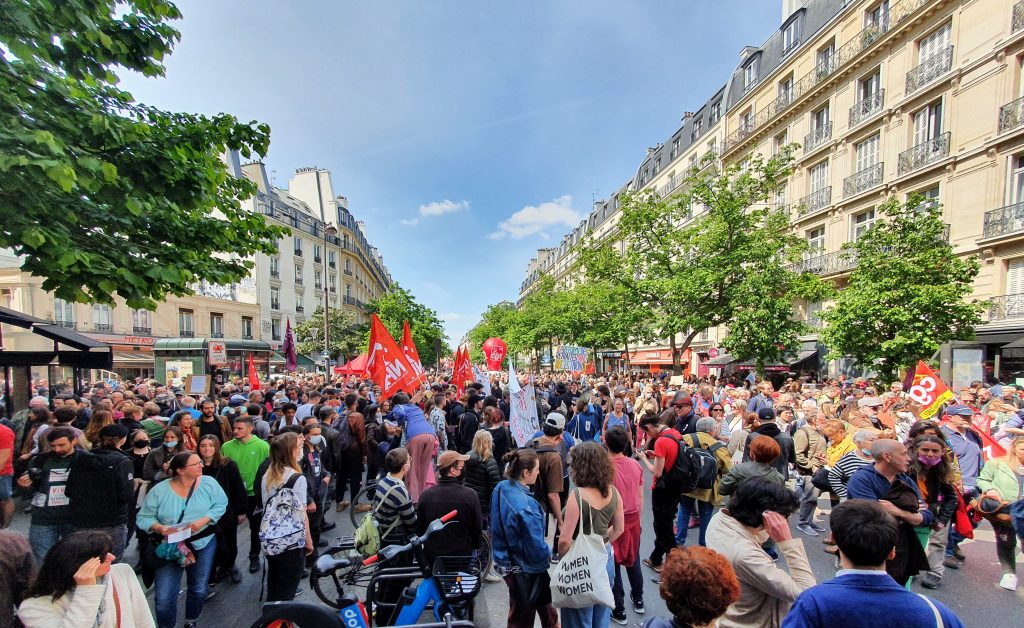 The second round of France’s parliamentary elections saw the president lose his majority, a new left alliance becoming the second largest force, but also a worrying increase in far-right representation. Ian Birchall explains the background and looks at what may come next.   Paris May Day demo 2022 – pic by Paola Breizh used under […]

How you can help the rail workers win 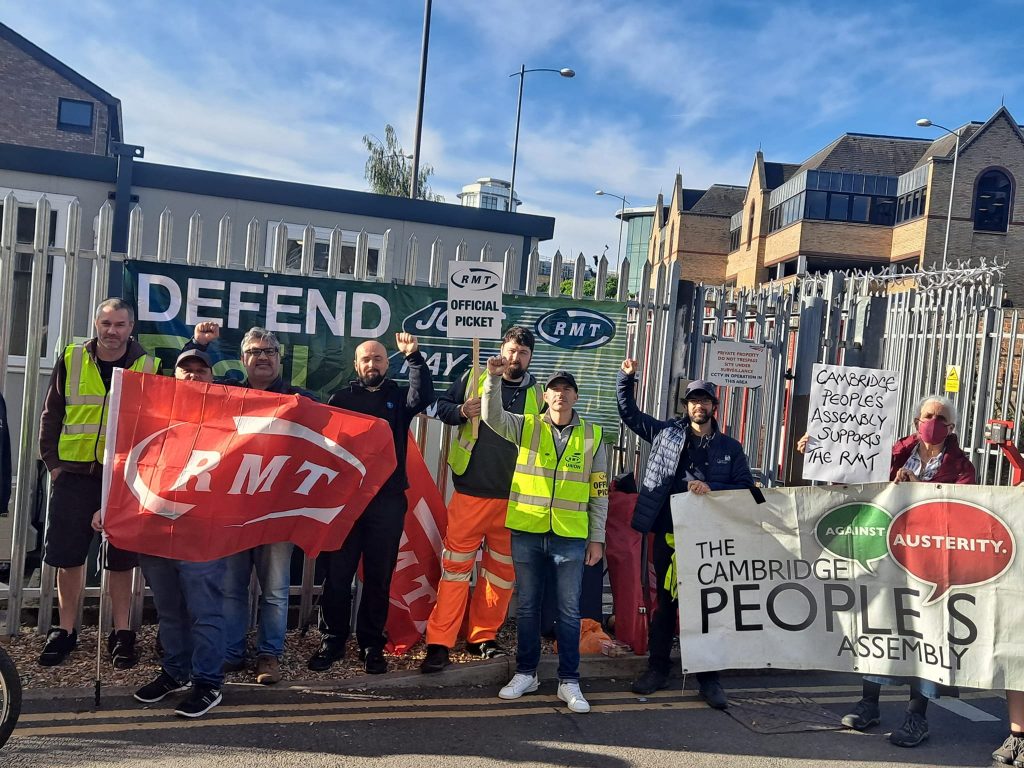 The rail workers are leading a crucial struggle against the Tories. If they win on pay and job security, millions of other workers will benefit. We all need them to win – and everybody can do something to help. Rail workers picket line in Cambridge Today’s rail strike has been a major success. Hardly any […] 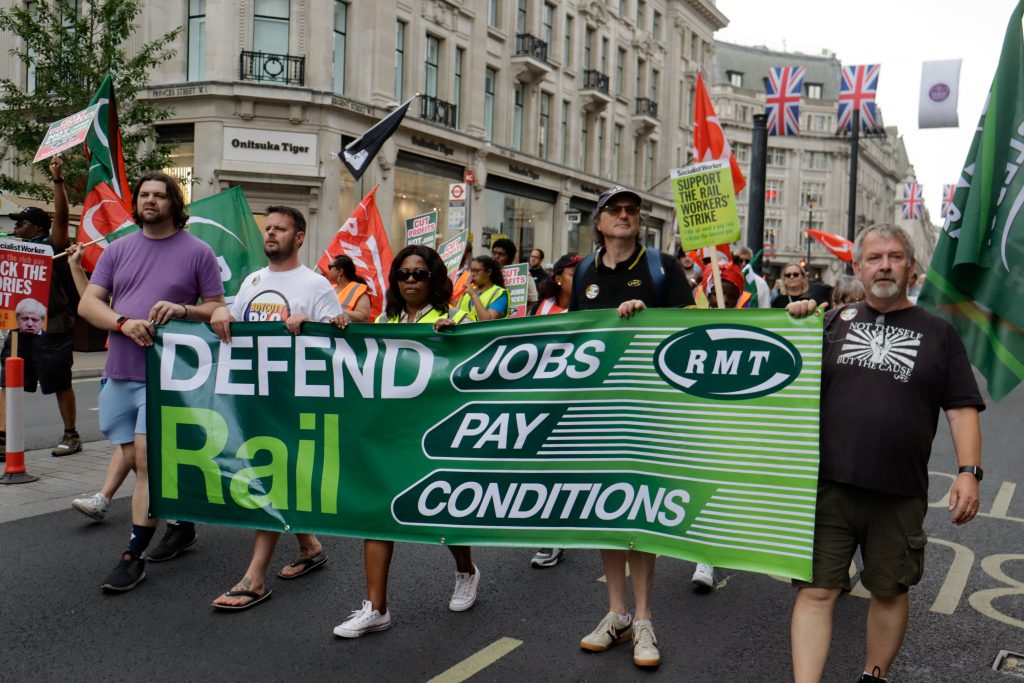 Thousands of rail workers are about to take on the government in the biggest strike for years – and facing attacks from the Tory press. Two activists from the RMT rail union told rs21 why they will be striking, and why other workers should support them. RMT members on the TUC demo – picture by […] 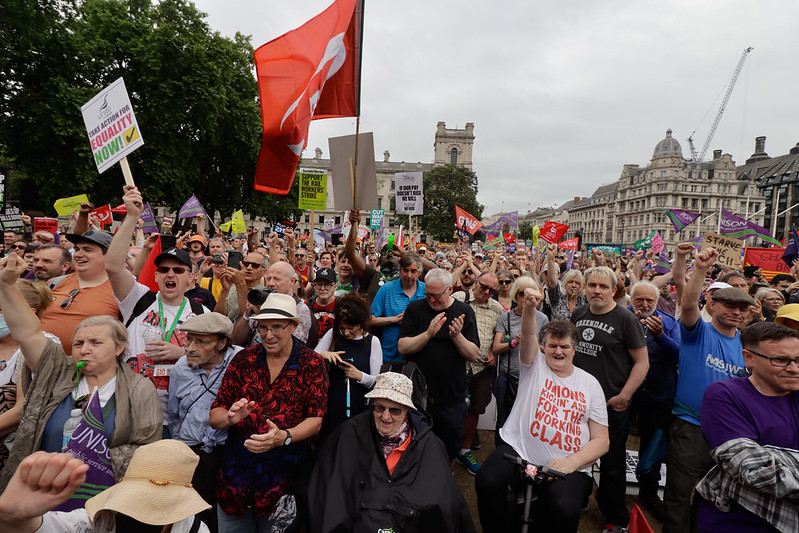 As a wave of strikes over pay and other issues continues to grow, the TUC march on Saturday was the biggest union demo for many years. rs21 members report. Photo by Steve Eason The march, organised under the slogan We Demand Better, was impressive more than anything for its size, much larger than many expected. […] 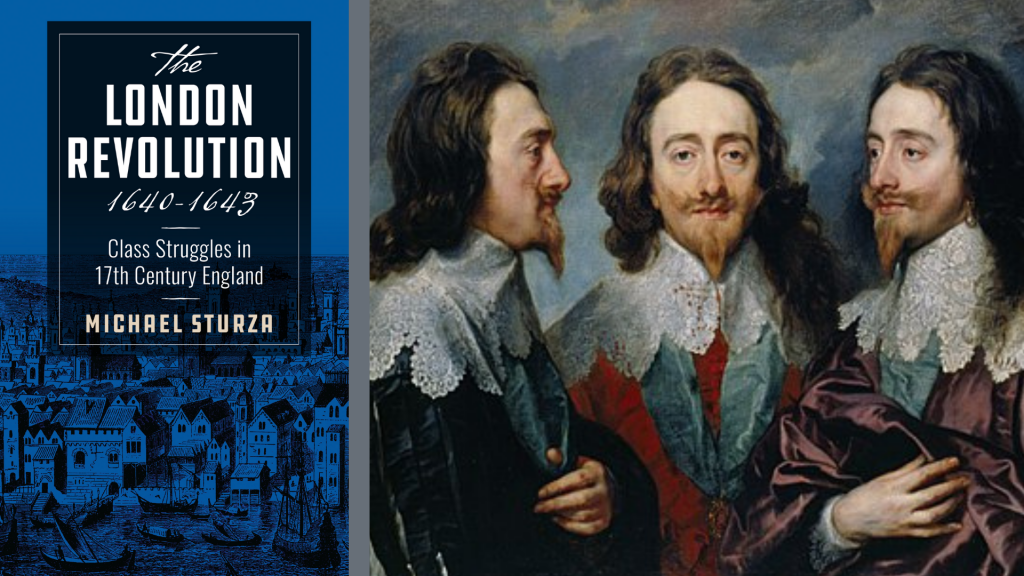 Andrew Stone looks at a new history of the origins of the English Civil Wars, finding an engaging account of the class character of the process which ultimately saw Charles I executed. Michael Sturza, The London Revolution 1640-1643: Class Struggles in 17th Century England (The Mad Duck Coalition, 2022) 256pp, $20.00. London may not have […] 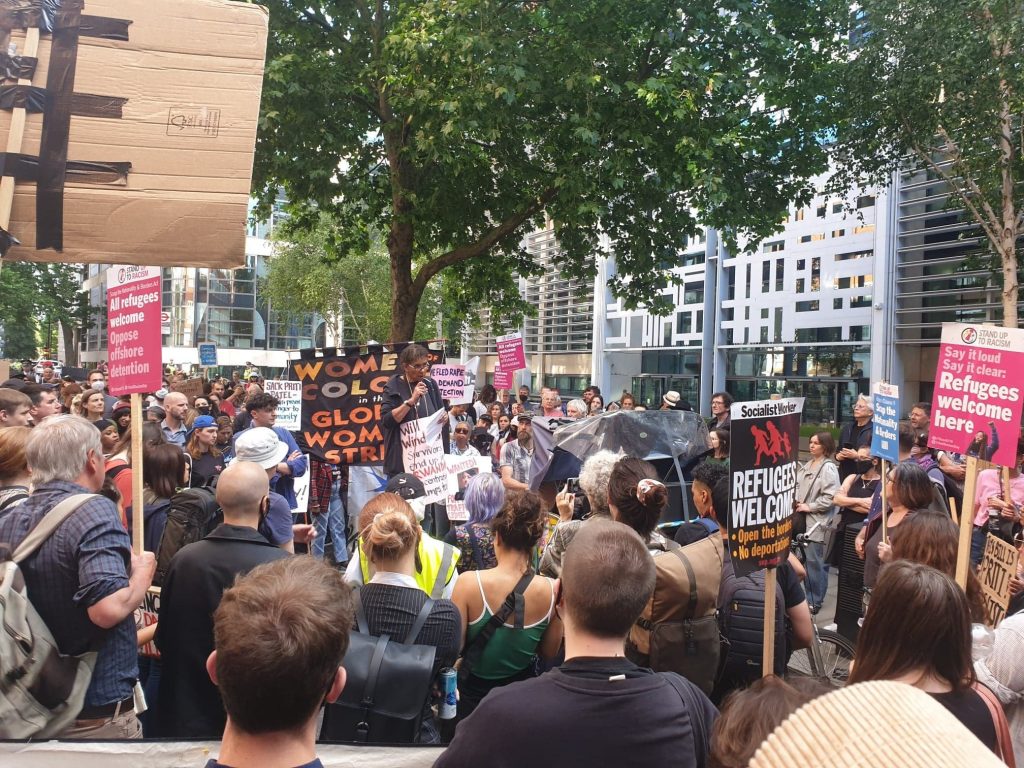 People have taken to the streets in numbers to protest the Tories’ racist plans to deport asylum speakers to Rwanda. rs21 members report on a week of mobilisations in London against the deportations. Protesting against Rwanda deportations outside the Home Office – picture by rs21. Around 1,500 people turned out for yesterday’s (June 13) […] 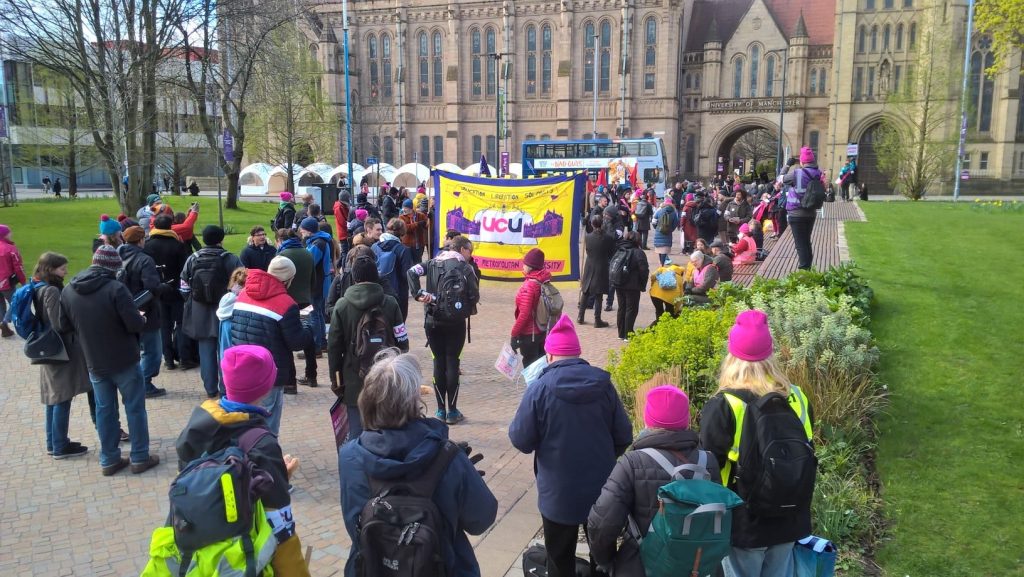 The University and College Union (UCU), which organises teachers, researchers and some support staff in further and higher education, held its annual congress earlier this month. Two rs21 members who were delegates report on the key debates. Manchester UCU strikers solidarity rally – pic by Manchester rs21 UCU Congress is frequently lively, with tensions that […]

Reporting the news of the day.